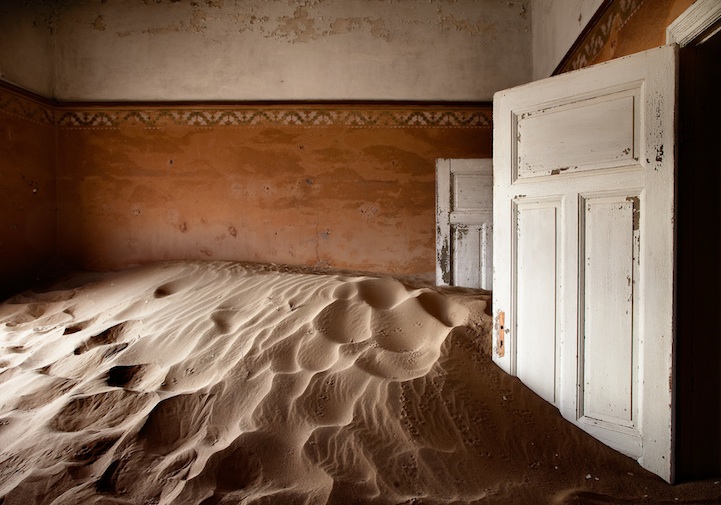 The sky seems to get a little bit higher,

Escaping us in a hurry.

Fleeing a place promised to anathema.

Knowing something we don’t.

The rain is evermore scarce,

The forests crackle dry and burn in winter.

The rivers turn into torrents of mud.

Crocodiles hunt in the mountains

And bears fish by the sea shore.

The climate is changing and we seem to stand still.

As the oceans flood the lands

And the desert gobbles up forests.

Rain now only a wet remembrance of days gone by

An enormous sadness for the watery world we left behind,

Fills the air under a indifferent sky.

That we shouldn’t count on our crops,

Rain buried in the dust that becomes wind,

Flying through the ocean to the,

Sand as the seed of the future.

Feeding on each other,

And turning the Mediterranean a salty oasis.

Scientists say our land is dying and that we should move away,

So I’ll think I stay.

And as I prepare to wait I ask myself,

Will the desert bring its own religion

Will this be the final death of the Green Man ?

The Green Man survived the cross,

Will he survive the death of the woods?

Will the sand bring forth Mahomet or will this be Christ greatest triumph?

A son of the desert,

This will be the final moment in a 2000 year old changing of the guard.

Perhaps Mahomet and Christ are not all that different,

Both are sons of the desert and grew feeding on the spirits of the wind,

Or maybe something new will appear,

A culling of all this deities, places and times.

A crucible to bring forth a new and happy science,

This is not a place of beginnings but of endings.

A place best understood by the old at heart,

The cautious and suspicious mood of age best suits this changing mores.

Out of habit and out of fear,

Look to the past for answers.

To the house of porcelain dolls of intelligence and discourse.

But not even time past can illuminate the sombre path that lies ahead.

Only looking long into the past,

Can we glimmer faintly to something akin.

Deep into the harbour of the first wanting,

can we find the face that suits these final features.

has brought to a place so bereft of everything else,

That only the first Gods

Who were not here and needed nothing,

Finally liberated from the shackles of religion,

The bonds of reason

The yoke of aesthetics

The burden of morality

We were delivered free

To the desert of our own creation.

Our land becomes as inhabitable as our heads.

When I close my eyes I see a desert.

I move from the window where I stood,

And stagger into my darkened bedroom,

And lying on my bed,

Looking intently into the ceiling

I shed the first tears for the place where I’ll live,